Had a good weekend in the trade department. My first package was from Nachos Grande and easily, the top two items were my relics of Josh Hamilton from 2010 Allen & Ginter and Greg Maddux from 2008 Upper Deck Masterpieces. He also threw in a few random Cubs, as well as a few to add to my Sandberg, Wood and Zambrano collections. But more important than anything was the 15 or so cards I needed to finish my 2010 Allen & Ginter base set with SPs. Thanks! 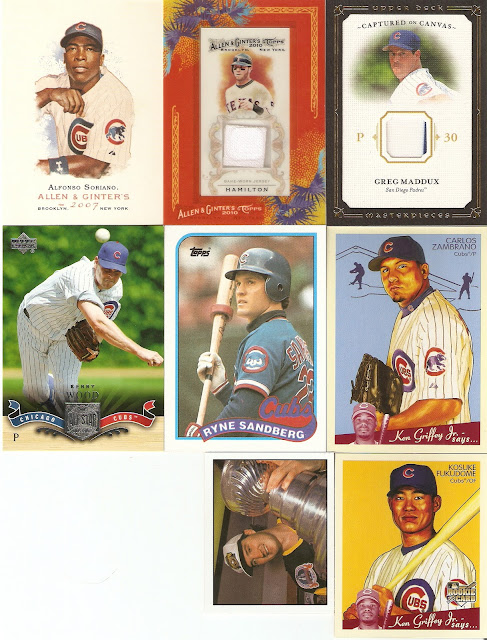 The other package arriving in my mailbox was from The Daily Dimwit. I had won a contest on his blog not too long ago, so I knew I had a couple of Cubs autos on my way, along with some Topps Chrome cards from a recent blaster break he did. But much to my surprise, he also included the three 2010 Topps cards I was looking for to (FINALLY) complete my series 1 and 2 sets. So I can now safely say that Topps will no longer be getting any money from me, at least until the 2011 set is released. 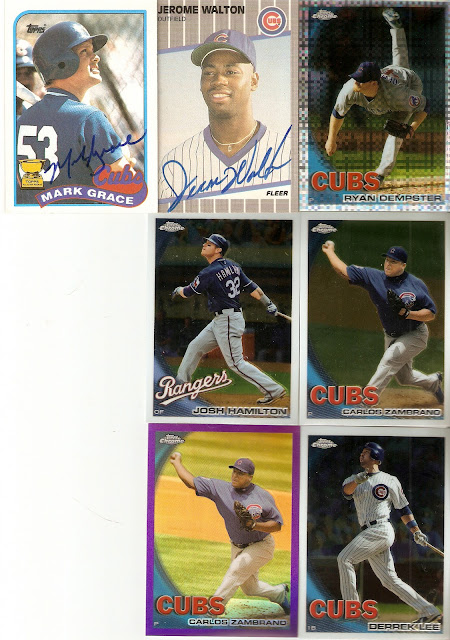