This is a trade with Jeff from 2x3 Heroes that began so long ago, I can't even remember who really initiated it. One of us expressed interest in something, it took a couple weeks to iron out the details. Then, it took something like 3-4 weeks for me to get mine shipped out. Things just got busy and then I was just about to send an apology e-mail to let him know of my delay, only to find that he had already sent me one from his end, which made me feel much better. Anyway, eventually, the deal went through, and I now am happy to add the following cards to my collection. 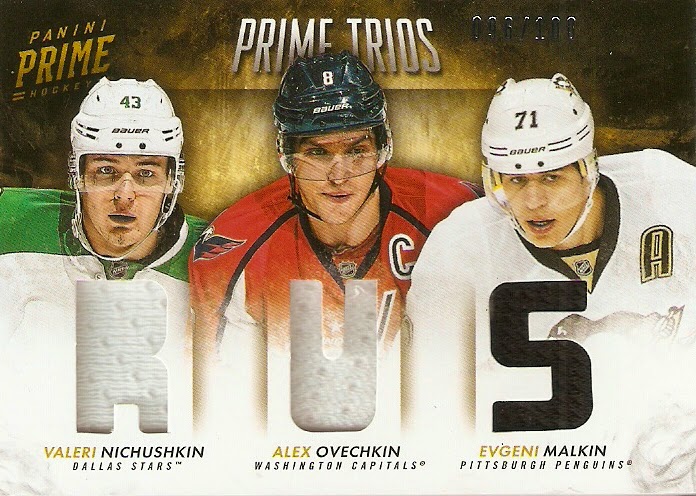 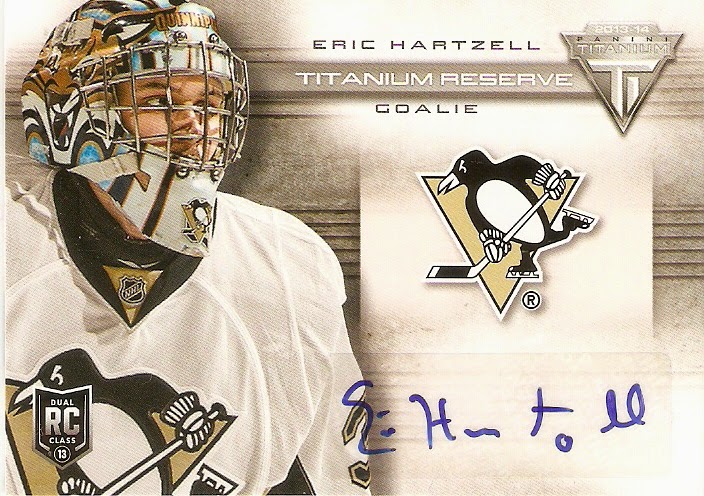 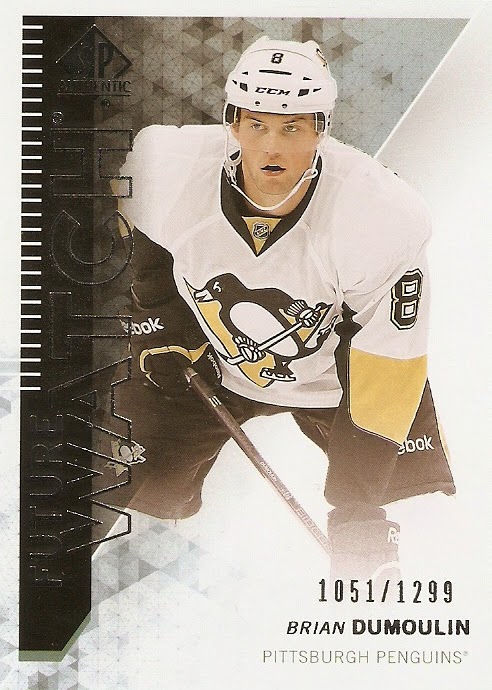 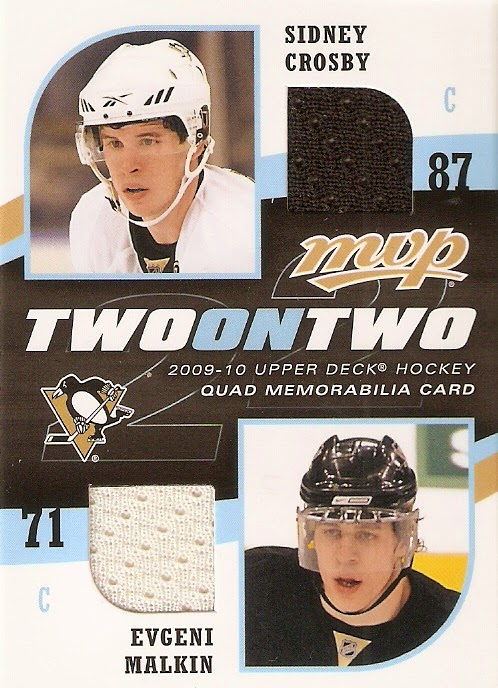 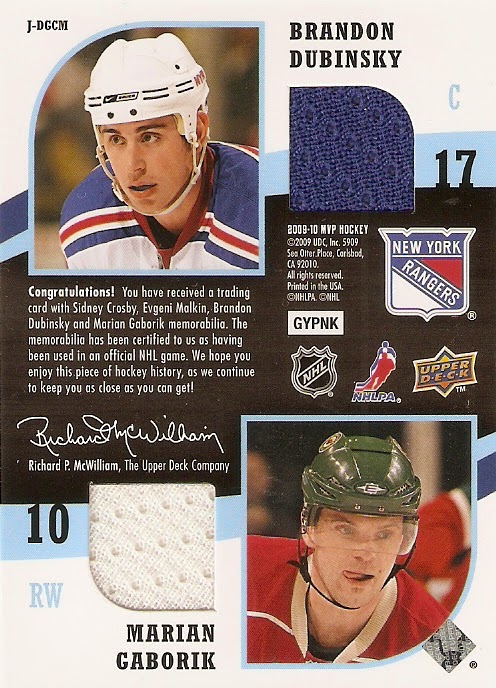 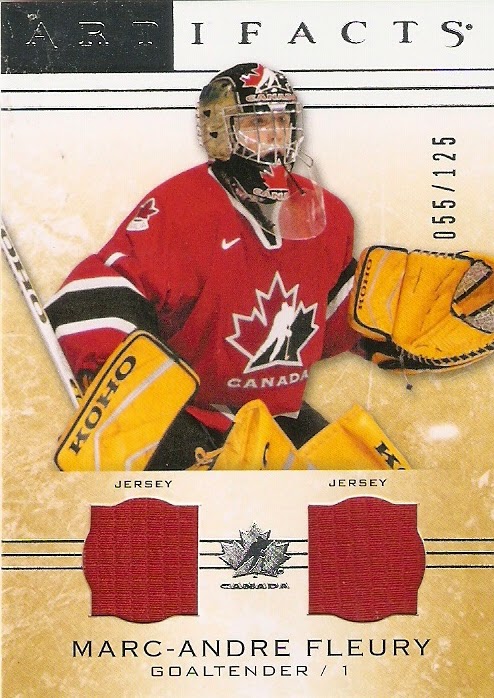 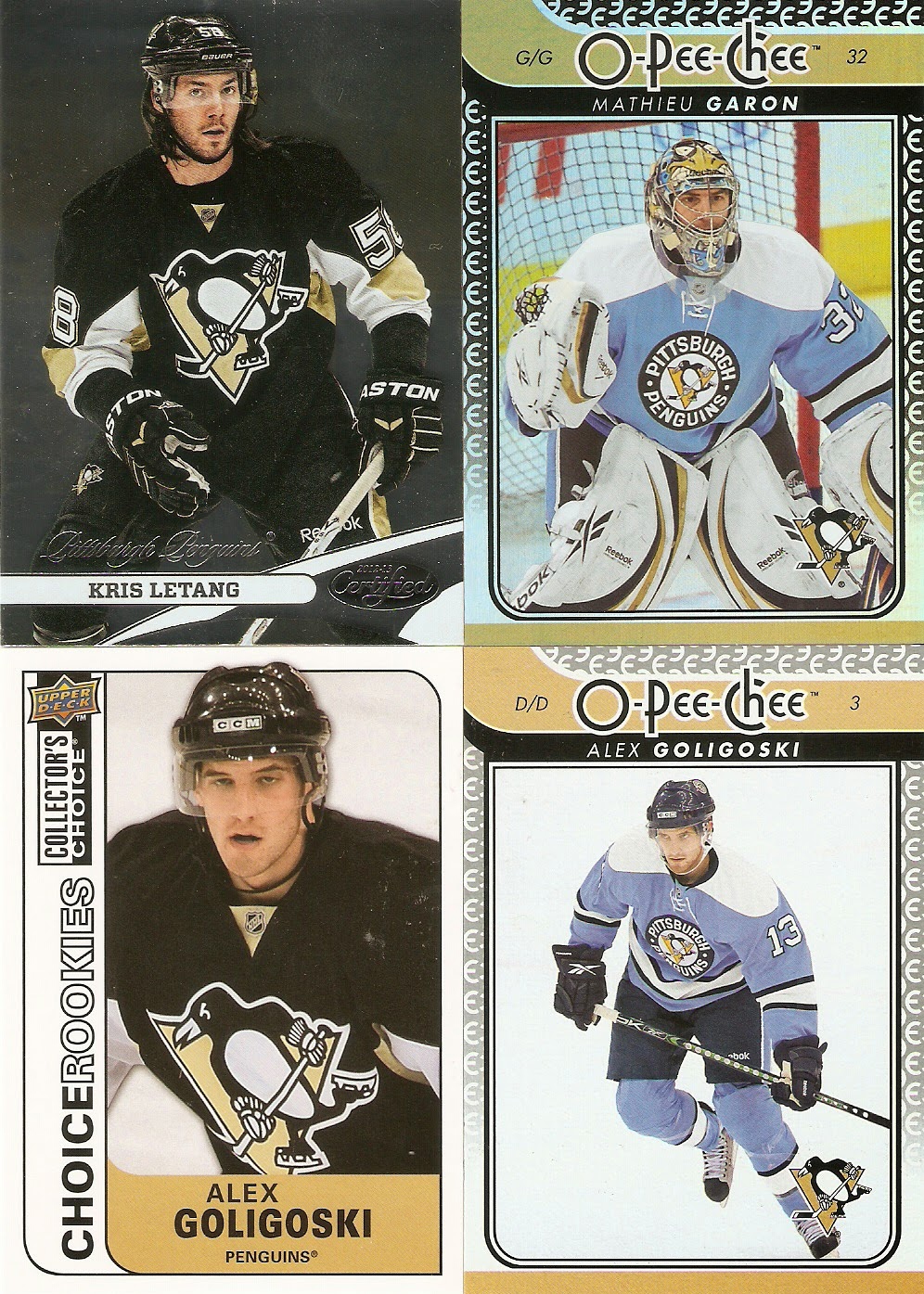 The first three were the cards we had actually agreed on in the trade, so those were the only three I was expecting. The last six, including the Crosby/Malkin and Fleury dual jersey were "throw-ins," which was quite a surprise. Seeing those made me wish I had waited just a bit longer to send my end of the trade so that I could have thrown a few extras his way, but don't worry Jeff. I'll be sure to hook you up on our next deal.
Posted by Matt Pederson at 11:52 PM 2 comments:

A Bunch of Cards from Ebay Part 5: Trade Bait and a Texan

To close out this series of posts, we basically have the random singles that are left over, combined with cards I got for the sole purpose of trading.

The one "keeper" of this particular post is this 2008 Ultimate Collection Steve Slaton Ultimate Rookie Big Materials card, numbered 8/40. This piece is pretty different from a lot of what we see nowadays, in that they manage to put fabric on both sides of the card. On the front, there's a really nice three-colored patch piece, and the back contains a white jersey swatch. There was so much card surface taken up by fabric, that Upper Deck actually issued a separate companion card to this that contained all of the fine print and authenticity guarantee. 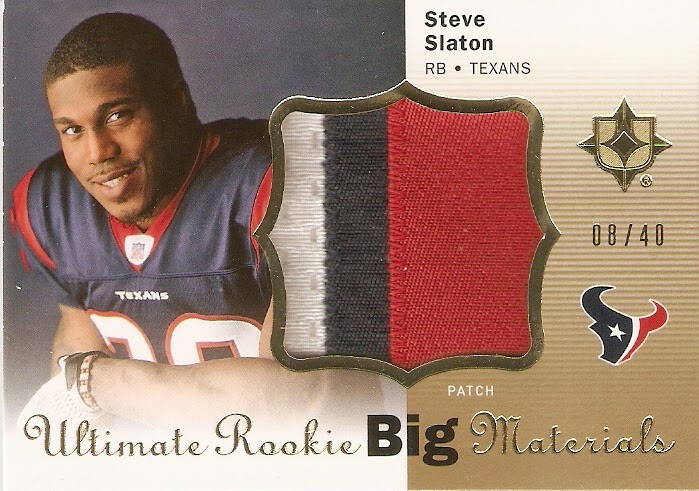 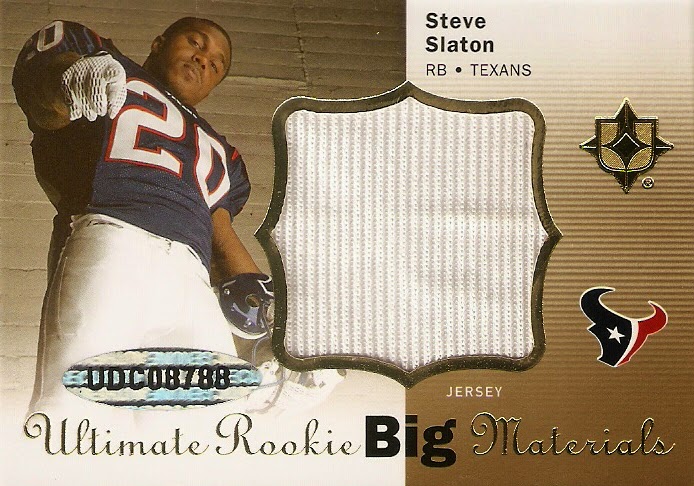 Lastly, we have all the traders. I won't go into any detail about who the players are, or what made me purchase them. Really, I purchased them because they were between $1-$2 each, and I figured there was a chance that I could trade some of them for cards that would better suit my collection. 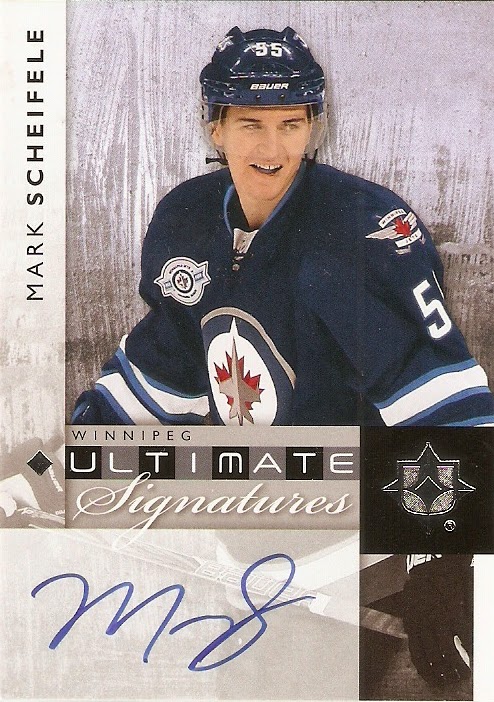 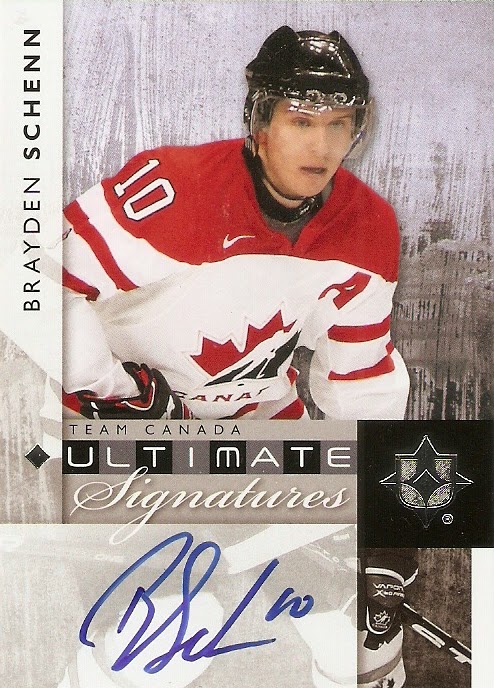 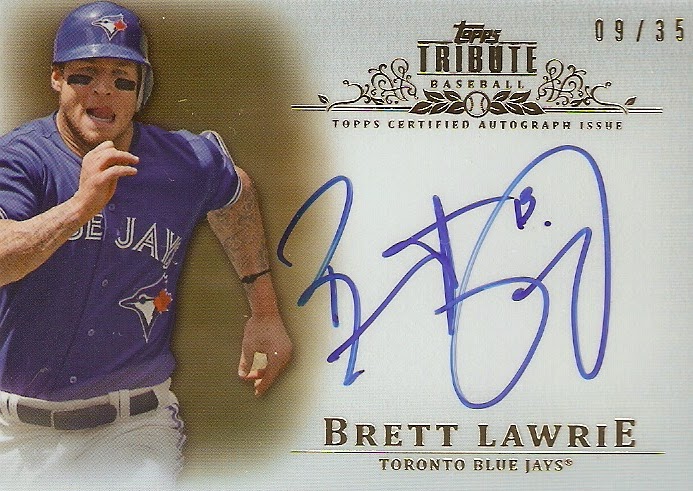 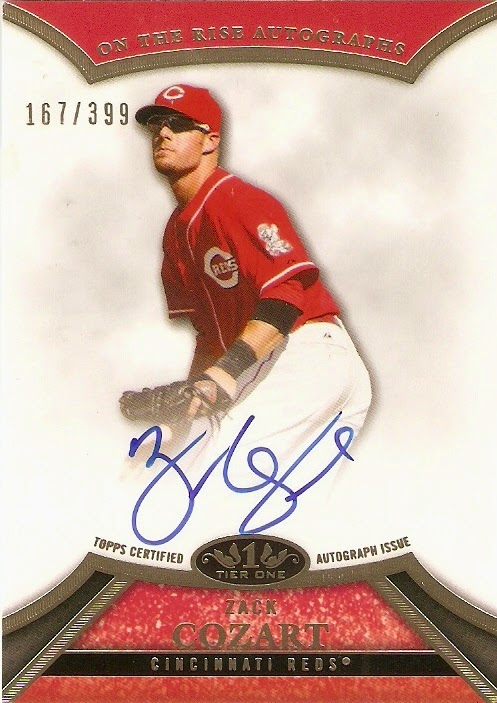 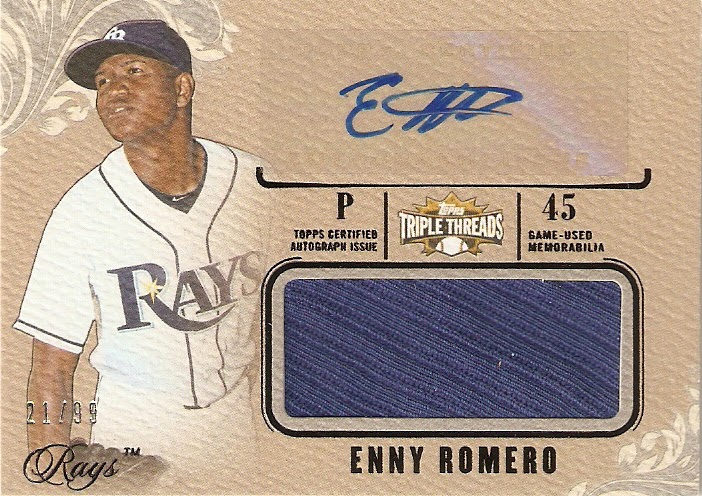 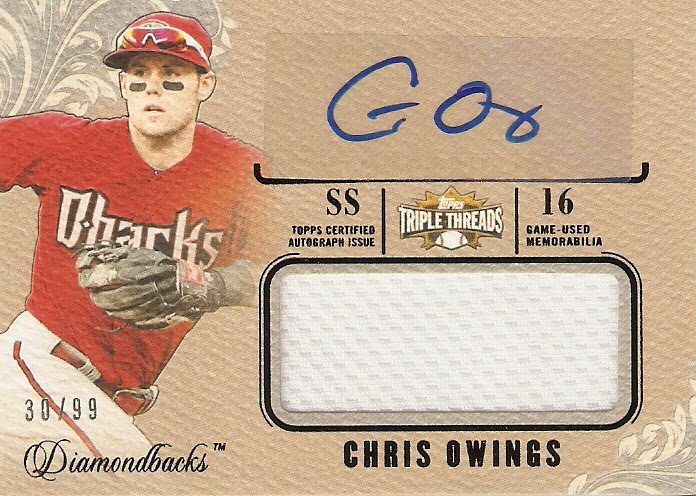 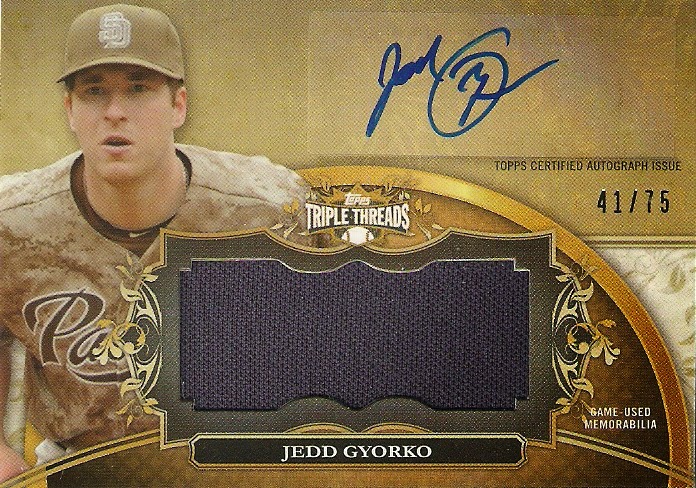 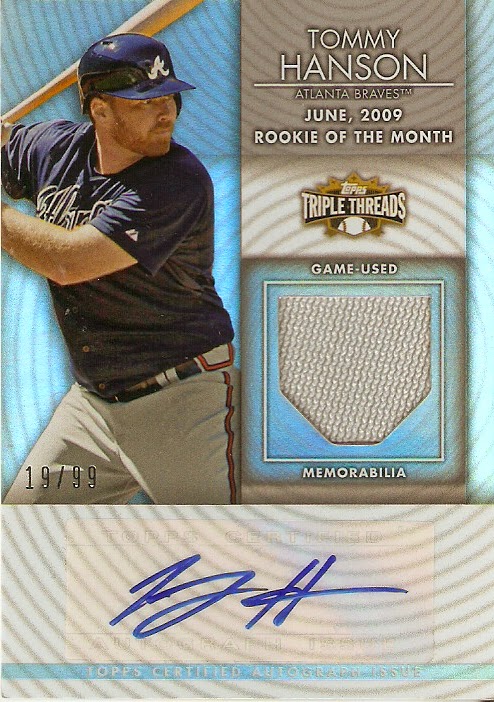 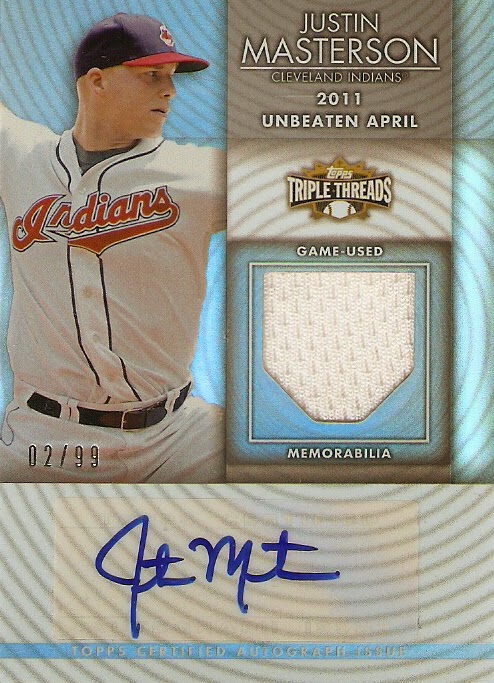 That's pretty much it for this group of cards. Like I said, most of these are up for trade, so if you see anything you like, be sure to let me know.

Also, if you haven't checked it out already, visit and follow/subscribe to my other blog Not Pulled From Packs. That one focuses on my autographed memorabilia collection, which contains quite a few really cool items, and I have a show coming up at the end of this month that will definitely be adding quite a few more to the collection.
Posted by Matt Pederson at 5:58 PM 1 comment:

A Bunch of Cards from Ebay Part 4: Celebrity Autos

While I usually don't stray very far at all away from sports when it comes to my card-buying, I did find a couple non-sports autographs at some pretty amazing prices. There are some pretty big names here, and each of them was purchased for a mere $2-$5 each.

2013 Leaf Mario Lopez
I may be dating myself here, but I mostly remember Lopez from an endless steam of "Saved By the Bell" reruns that I watched at home growing up. He's the one actor from that show who has really held on to a strong career, and is now currently hosting "Extra." 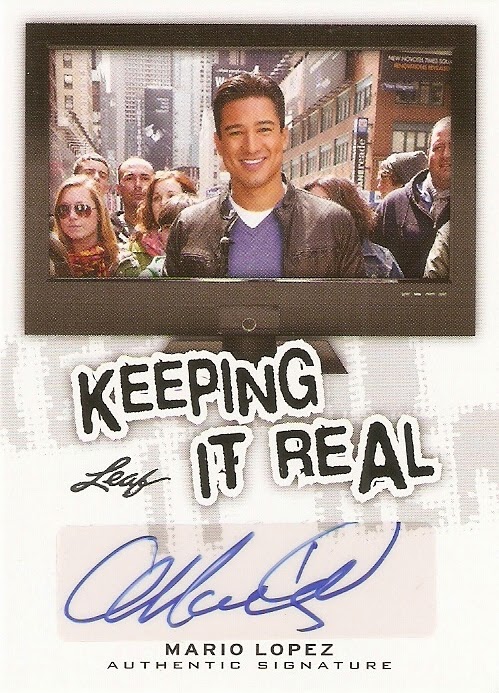 2013 Topps 75 Tyler Mane
This one comes from the guy who played Sabretooth in the original "X-Men" movie. He is a former professional wrestler, going under the name "Big Sky," while in WCW, and apart from Sabretooth, is mostly known for playing Michael Myers in the two Rob Zombie "Halloween" reboots. 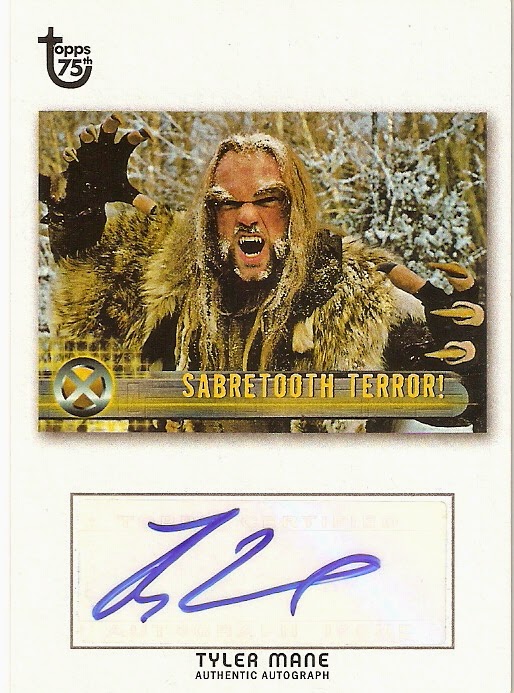 2013 Leaf Pop Century Helen Reddy
Helen Reddy became a feminist icon with her song, "I Am Woman."  That song, along with "Delta Dawn" and "Angie Baby" all reached No. 1 on the Billboard Hot 100, and she also had eight songs reach No. 1 in the adult contemporary category. 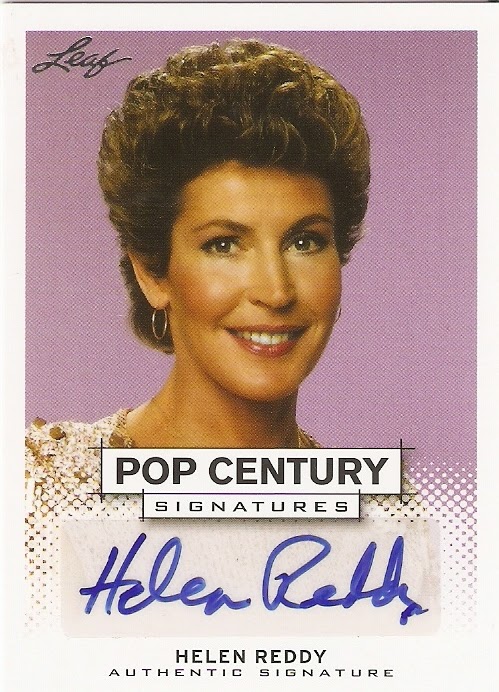 2012 Leaf Pop Century Kara Dioguardi
Dioguardi is an incredibly successful songwriter and producer, and has written songs with Christina Aguilera, Britney Spears, Kelly Clarkson, Gwen Stefani, Pink, Meat Loaf, and Carrie Underwood, among others. For two years, she served as a judge on American Idol, seasons eight and nine, which saw victories by Kris Allen and Lee DeWyze. 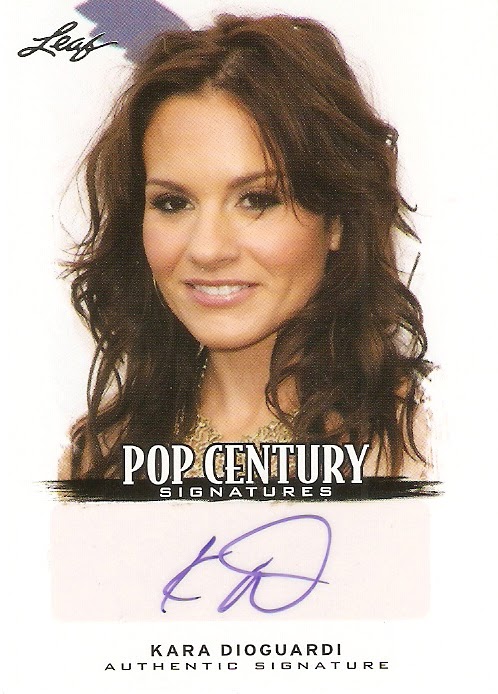 I'm not sure if anyone else thinks these are cool in the least bit, but I think they are, and that's all that really matters to me. Next up, I'll close this group out with some trade bait and a Texan.
Posted by Matt Pederson at 4:10 PM No comments: