Here's a few cards I've had in the hopper for a while now, I just haven't had the time to post on them.

Anyway, I was on one of the Facebook hockey card pages that I follow, and expressed interest in a card or two of players from the Minnesota Wild that I was interested in. While working on the deal, the seller kept coming up with more and more cards from the Wild that I might be interested in. Of course, I bit, and a transaction that began for 2 or 3 cards, ended up being for 13 in total.

Here's what came my way: 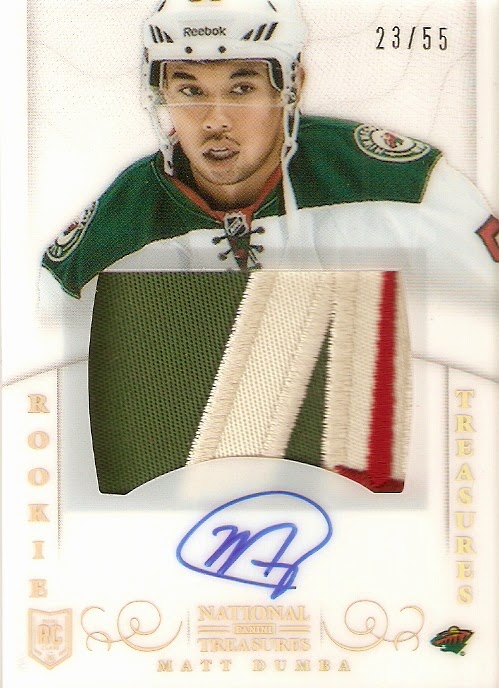 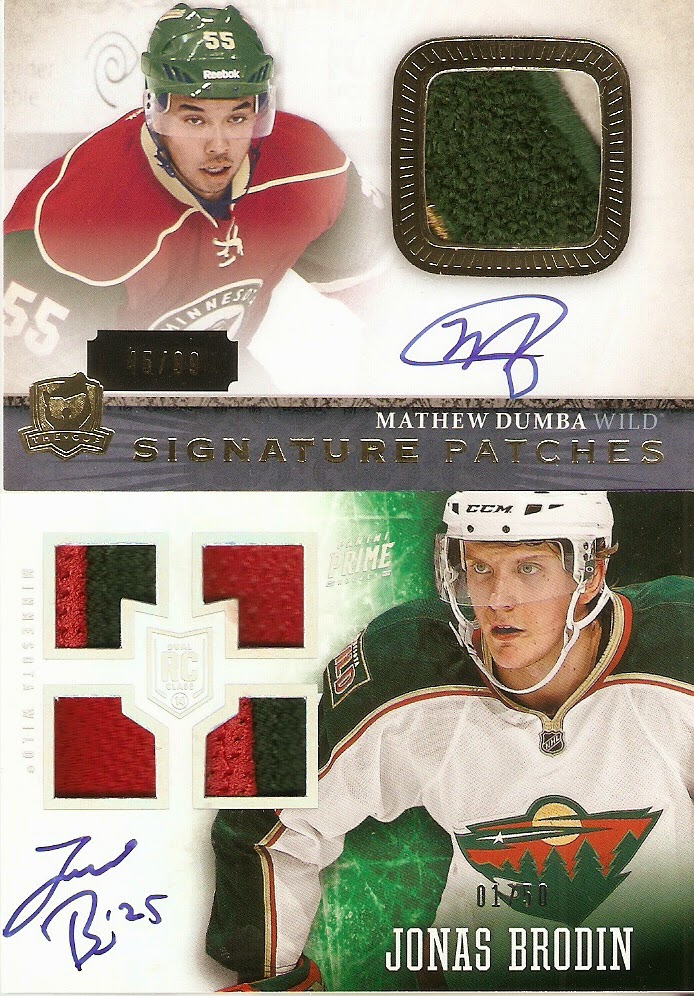 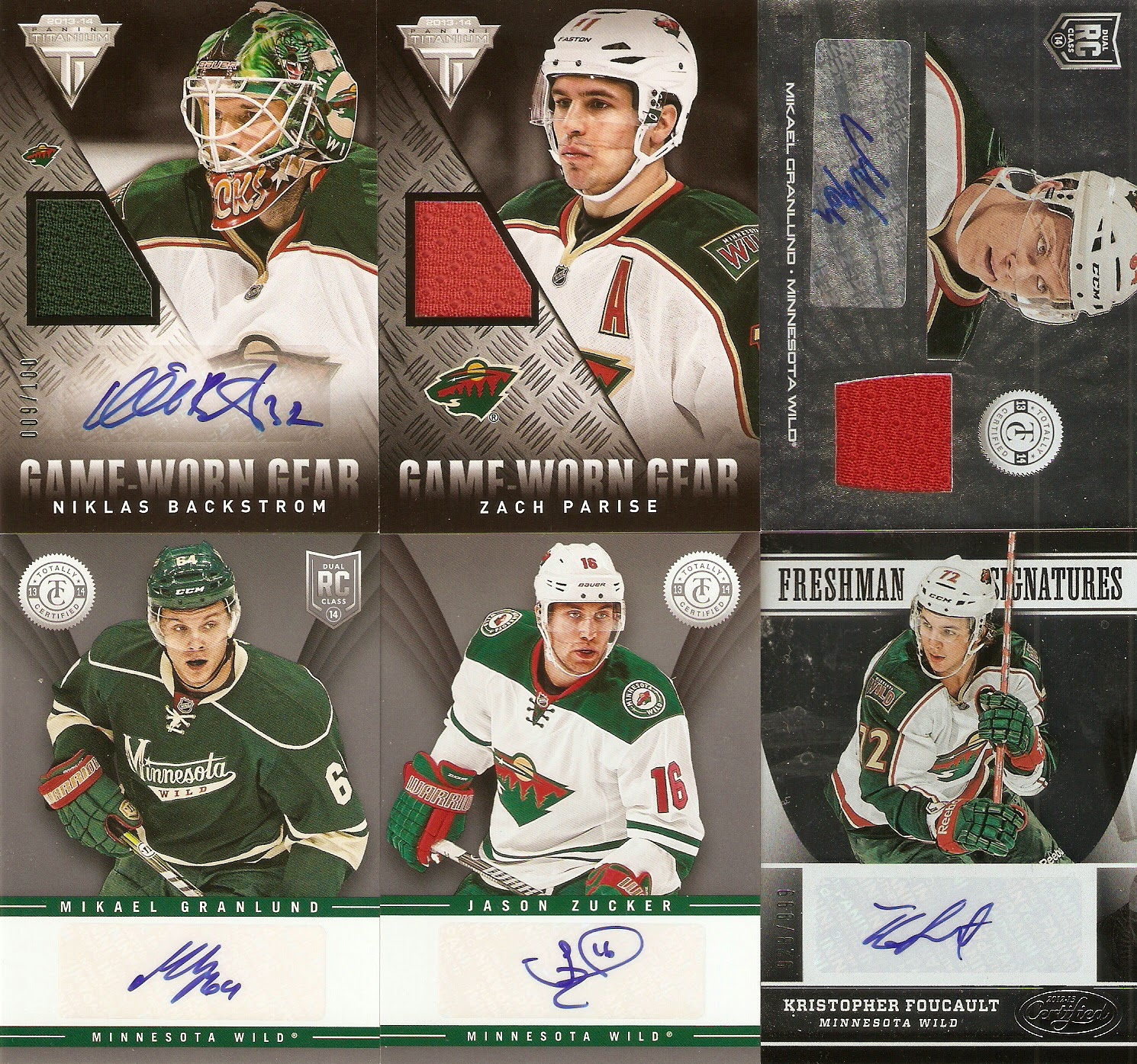 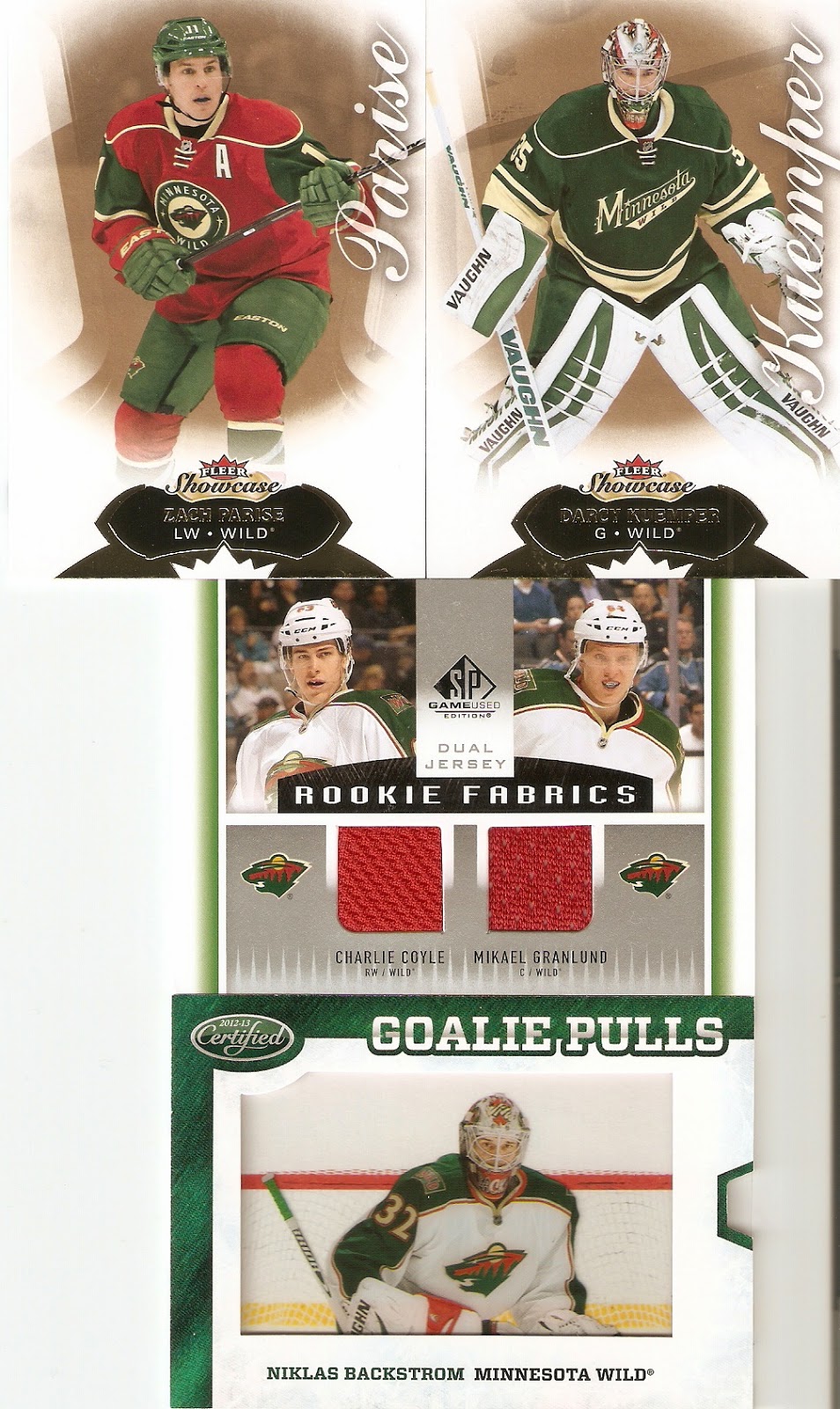 Opening up that box of 2014-15 Masterpieces, I was impressed with some of the things I saw, but I was really impressed with the look of the autographed cards that were inserted into boxes. There's just something about that canvas-like surface that really makes that signature stand out as something amazing. I trolled around Ebay for a bit to see what I could find, and came across this one that I ended up winning for just $.99 + shipping!!! 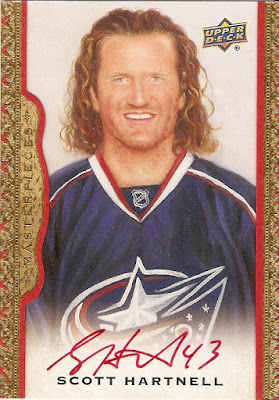 This one is a Scott Hartnell autographed red-frame parallel, and is numbered 24/30. It's just like the Bill Ranford I pulled from my box, in that you have the colored frame with in to match. I'm really surprised that I got this one that cheap, too, not only because of the low numbering, but because Hartnell is a pretty good player. Still, I'll never turn my back on a deal, and I'm thrilled to have gotten it for the price that I did.
Posted by Matt Pederson at 10:46 PM No comments:

While I absolutely hate the fact that the NHL & NHLPA have an exclusive producer of licensed hockey cards, at least Upper Deck has been stepping it up with a few of their releases, including bringing back an old product that I really like: Masterpieces. I have been a huge fan of the short-lived sets in baseball and hockey, due mostly to the fact that it is an all-painted set, which looks really cool. Not only that, but they add an effect to the cards that makes the surface feel like an actual painter's canvas.

I picked up one hobby box, which gave me 15 packs of 5 cards each.

Here are the highlights.

As far as the base cards g, I got two Penguins: Evgeni Malkin and Chris Kunitz. The old Masterpieces set has a white border that fades into the painting itself. This year's has a gold border on the right and left sides with a faded bottom side for the player's name. I liked the old way a little better, though. It made it seem more museum-like. 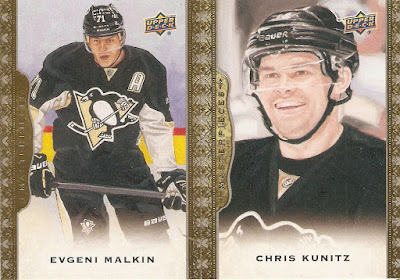 Cards 1-90 are the "base" cards, and cards 91-150 are short prints. It seems a little overboard to have almost just as many SPs as base, as it will cause some frustrations for set collectors who will have a difficult time completing it. 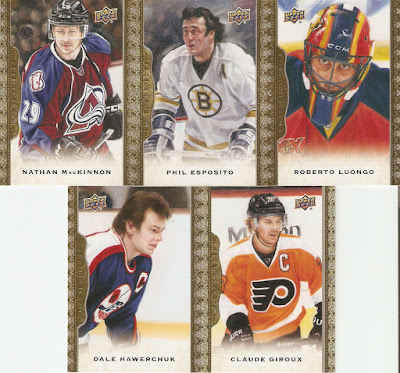 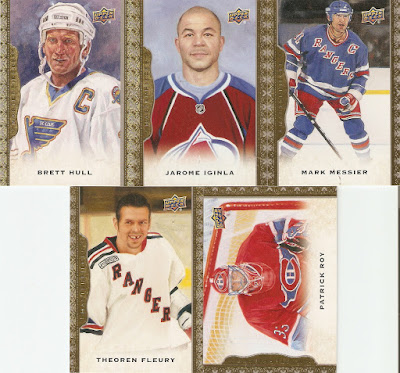 The next 15 cards in the net are short-printed black and white portraits, which look really cool. They definitely have a high-end look to them, and they really set them selves apart as something special in this set. 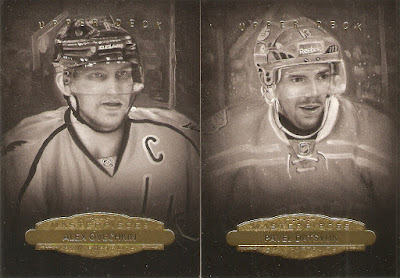 Lastly in the set are cards 166-180, which are all rookies from this past season. I got three of them in Johnny Gaudreau, Teuvo Teravainen, and Bo Horvat. I'd say I did pretty well with all three. 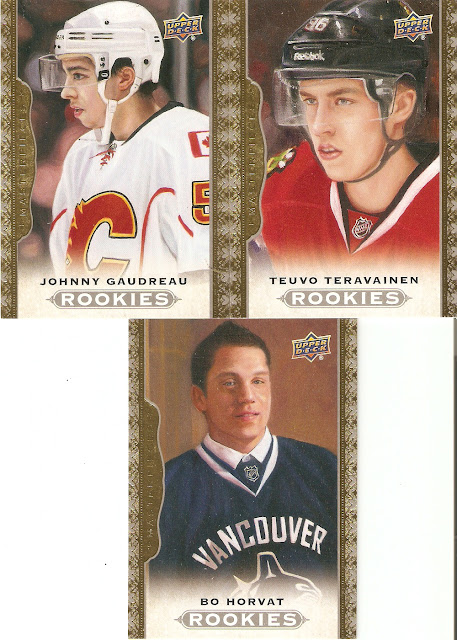 Lastly in the set are 60 wire photo cards, which take a black-and-white photo and place a newsprint-style description of the action beneath it. I really don't like these, and for two reasons. One, It takes away from the painted look of what this set is supposed to be all about with these being photos instead of paintings. Two, they already did this same thing a few years ago with Parkhurst Champions, and not only did they recycle an old idea, they did almost nothing to change it. 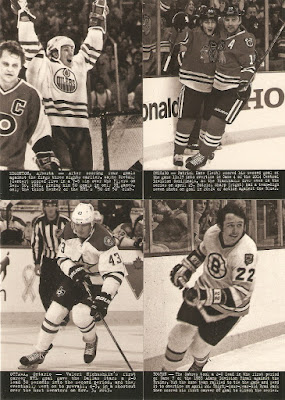 And what would a box of cards be without parallels!!! These are actually framed parallels, in which a frame is placed where the plain gold foil was, and adds a red coloring to it. I got two of the red ones: Patrick Kane 12/100 and Jeff Skinner 86/100 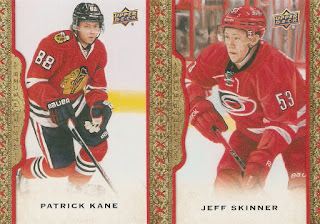 Each box contains three hits, one of which is guaranteed to be an autographed card. My first his is of Penguins left winger Chris Kunitz. It's just a plain white swatch, but at least it's of a guy from my favorite team. 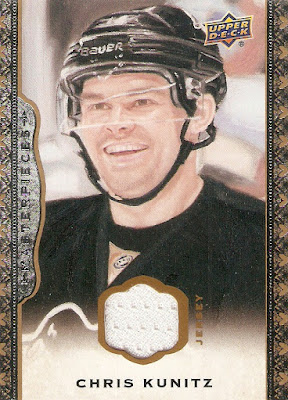 Next up is a pretty good one, as not only is it of one of the best players in the league, but a parallel, as well. This is a red-framed jersey card of Alex Ovechkin, and is numbered 73/85. It basically combines the best of both worlds. Not only do you get the red frame that comes from the parallels, but you also get the jersey swatch and low serial-numbering. Not quite a patch, but still not a bad memorabilia pull. 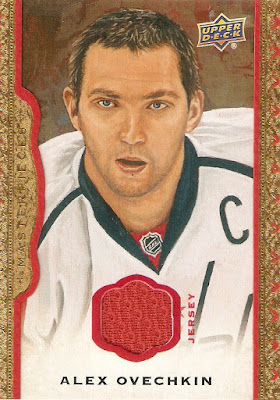 Lastly, is my autograph, which is of former Edmonton Oilers goaltender Bill Ranford. All of the autographed from this set are signed on-card, which is really nice. This, like the Ovechkin, is a red-framed parallel, and is numbered 21/30. The really cool thing about the parallels, is that the card is signed in the same-colored ink, which really ties it together well. 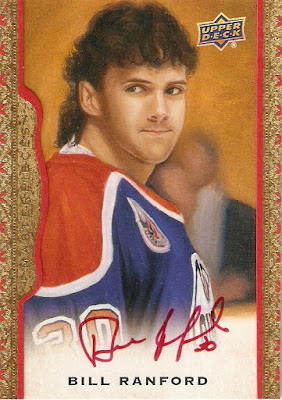 I was really excited to take a stab at Masterpieces this year, and I'm very glad I did. The card look great, and you  have the chance at some really cool-looking hits out of the product. I'm not sure if I'll be building the set, though, considering that over 60% of the set is short-printed. That seems a bit extreme, but if nothing else, this is a fun product to open.