So, this post is a few months overdue, but better late than never, I guess. I bought this box of 2017 WWE Heritage last fall, as I was looking forward to a nearby house show in Grand Forks, ND. Now, I have been a wrestling fan for about 25 years, and was right in the middle of the "Attitude Era," but this would actually be my very first live event to attend in person!

Feeling the WWE fever, I decided to pick up some WWE-related cardboard. I went with Heritage, mostly because I love the 1987 Topps design. Based on the last three years of this product, each release is based on the design from 30 years prior, which means I'll be underwhelmed by 2018, but will LOVE 2019 Heritage.

What I really liked is how they incorporated so much from the 1987 baseball design, including the all-rookie team trophy for newcomers to the main roster, "Future Stars" for their NXT wrestlers, and the All-Star design for the Legends. 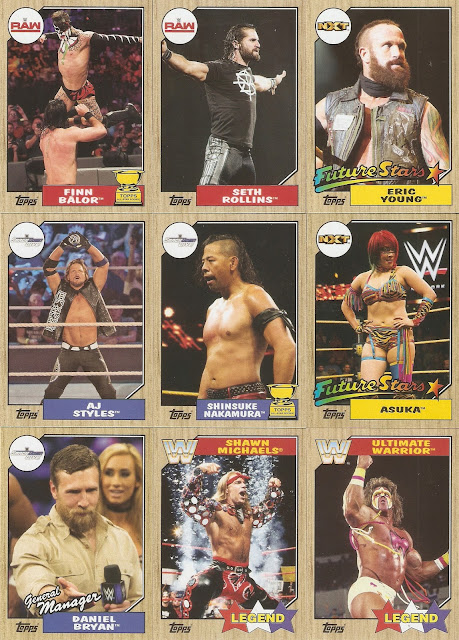 There are quite a few parallels, including bronze, which just features a darker finish to the wood grain of the wood design. 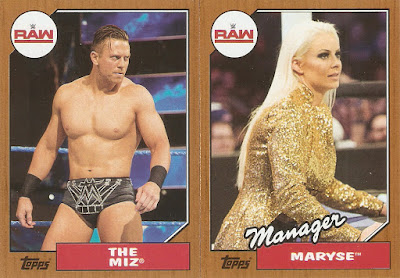 I also got one parallel of one of my favorite wrestlers, singers, and podcast hosts, Chris Jericho, which is serial-numbered 14/25 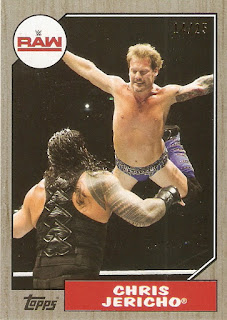 I pulled four John Cena Tribute cards. These aren't taken from a previous design, though. They are just modern-looking cards looking at Cena's various career achievements/ These Summerslam All Stars cards pay tribute to wrestlers who have made an impact at the annual event. I believe these are taken from a WWE card design from the '80s, but I'm not 100% sure of that. 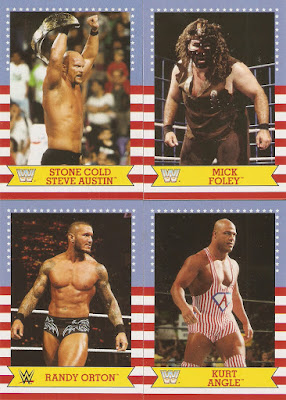 Summerslam was a big theme with Heritage, as they also included a number of Thirty Years of Summerslam inserts. While the All Star cards focus on the individuals, this set focuses on the moments themselves. 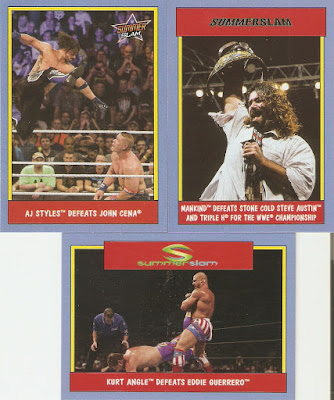 Lastly, the Bizarre Summerslam Matches cards focus on, well, just that, like these here about a Dog Food Match and a Jail House match. Yes, believe it or not, pro wrestling can be a bit silly at times. 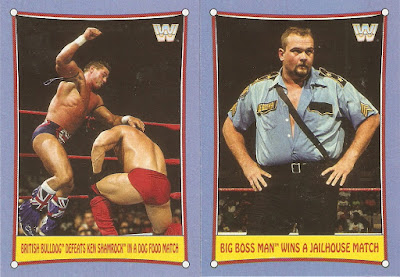 Now, to the hits! My first is a manufactured patch of NXT wrestler Eric Young, numbered 142/299. Young is te leader of the Sanity faction, which is one of my favorites. Hopefully we'll see them making the jump to the main roster real soon. 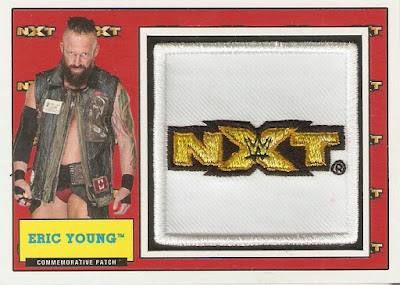 Lastly is my big hit of the box, an autographed card of Ember Moon, numbered 68/99. At the time I pulled this, I though that she was in line to take over the NXT women's division with Asuka being called up to the main roster, and I was right. She won the NXT Women's Championship in November, and is now the focal point of the division. 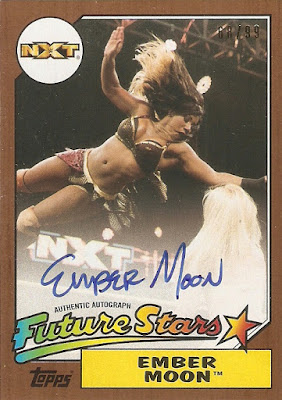 Well, that's it for this one. Glad I finally got these posted.

Like I said, this was purchased in part, because of the WWE Live Event I attended last fall, and here's a few pictures I took while I was there. 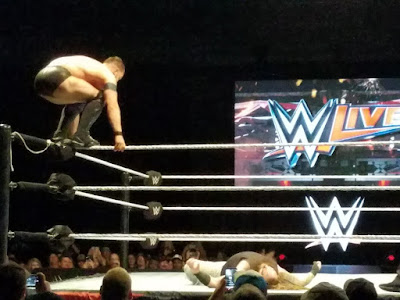 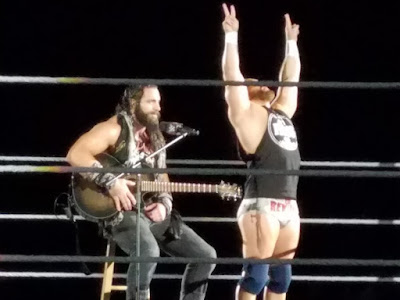 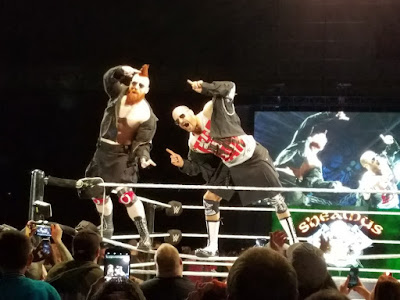 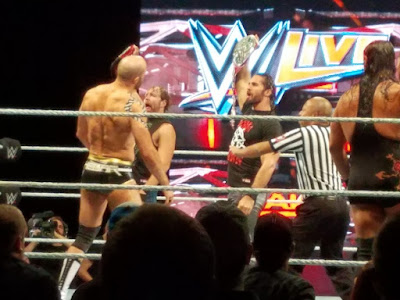 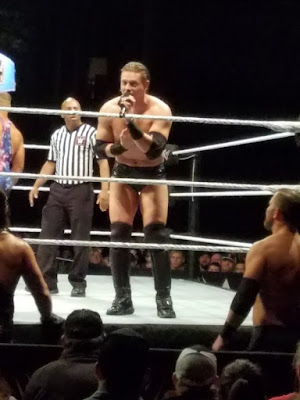 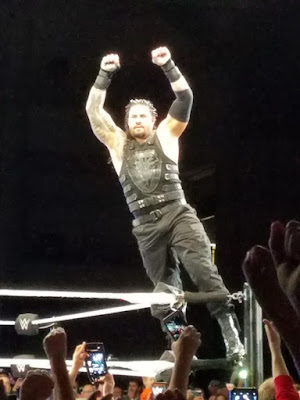