I'm not sure if it's the fact that there wasn't any Gypsy Queen available or the fact that I REALLY like the set, but I picked up a few more blasters of Topps Heritage. I know that Gypsy Queen is the hot item right now, but I just can't seem to take myself away from this year's Heritage. Maybe it's been my INCREDIBLE luck with pulling some awesome hits, but really, it's the fact that they stayed incredibly faithful to the original set and for some reason, it just WORKS.

Blaster number one didn't give me anything out of the ordinary, but I did get a few decent cards. I found rookies of Freddie Freeman, Jeremy Hellickson, and Darwin Barney, along with rookie cup cards of Jason Heyward and Mike Stanton. 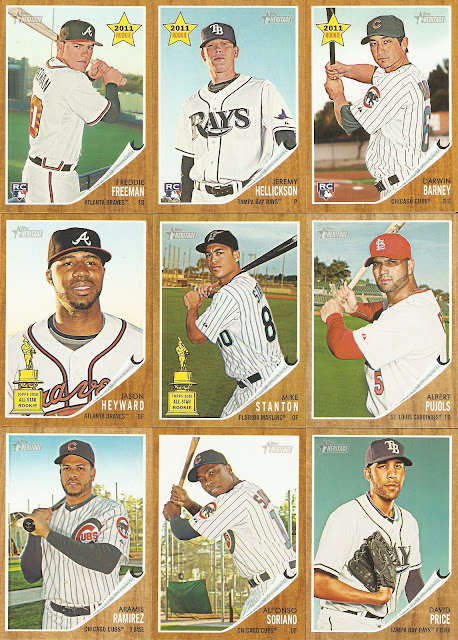 There were also 3 short prints and two inserts. One of the SPs was of Tim Lincecum, which would have been an expensive card to purchase without pulling it from a pack. 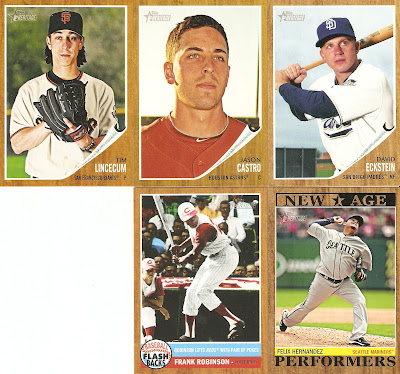 Box 2 was the big winner. In a weird way, sometimes you can just feel a winner. This one was dented in where the empty space inside the box was, but as haggard-looking as it was, I grabbed it up. And it was a good thing. Just a few packs in, this is what I found: 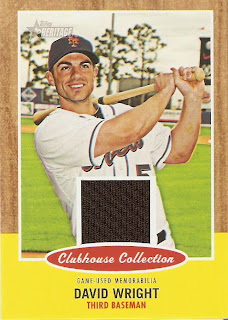 A great looking relic card of a really good player. If I could only pull a Cubs card this nice. But that's not all. I also found 3 REALLY cool variations, a green-toned Hank Conger rookie, a Neftali Feliz chrome serial numbered 1181/1962 and a black-bordered refractor of the Giants clinching the 2010 World Series with a low serial number of 49/62. As always, scanners do NOT do these cards justice. 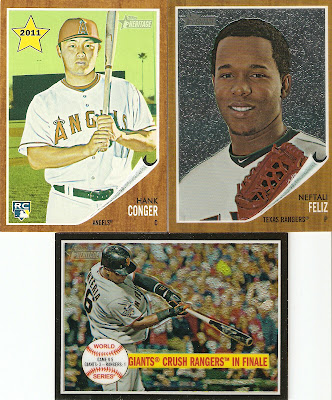 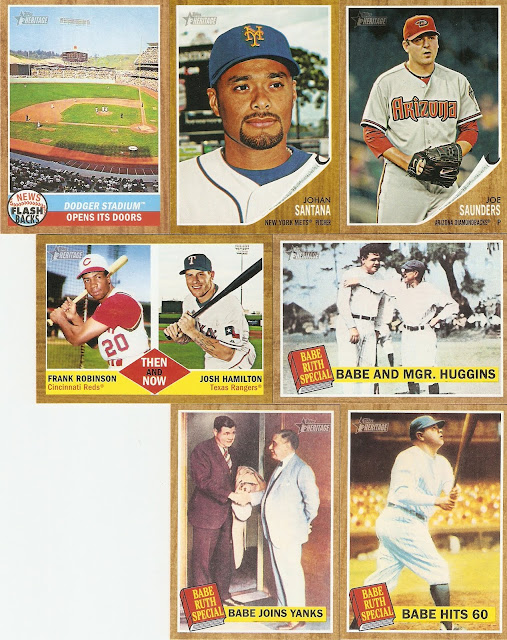 With every pack I buy, I'm liking this set more and more. I'll get a needs list up soon. With as much Heritage as I've gotten this year, I might as well go for the set.

Also, for anyone who is interested, I've re-listed the auction for my Frank Robinson/Mike Stanton dual auto/relic here. And since I can't post a photo of the card enough times, here it is again: 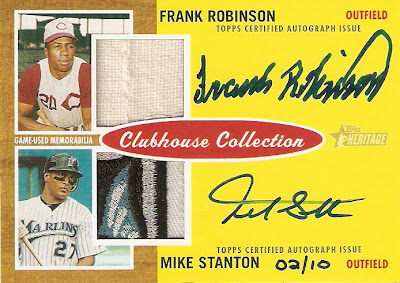 So long, and happy trading!
Posted by Matt Pederson at 10:21 PM